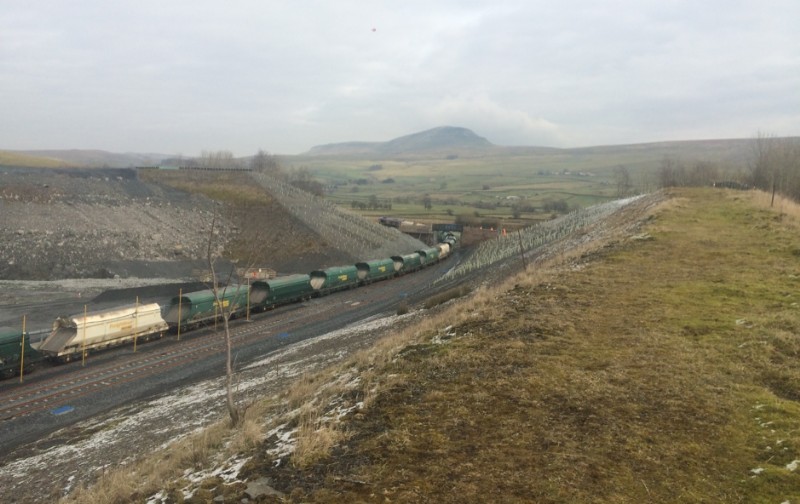 Work has recently completed on the reinstatement of a rail connection into Tarmac’s Arcow and Dry Rigg Quarries, nearly 50 years since trains last served the two sites.

The project involved cutting into the existing quarry bund and installing a 750 yard stretch of new track from the main line into the quarry to three new sidings.  A loading ramp was then constructed alongside siding 1 to allow loading shovels to load the wagons.

The new rail link is expected to remove up to 16,000 lorry journeys from the local road network each year.

One of the conditions in the planning consent was that a dust suppression system be installed to reduce dust emissions generated during the loading of rail wagons.

Best-Chem were invited to review the drawings fo 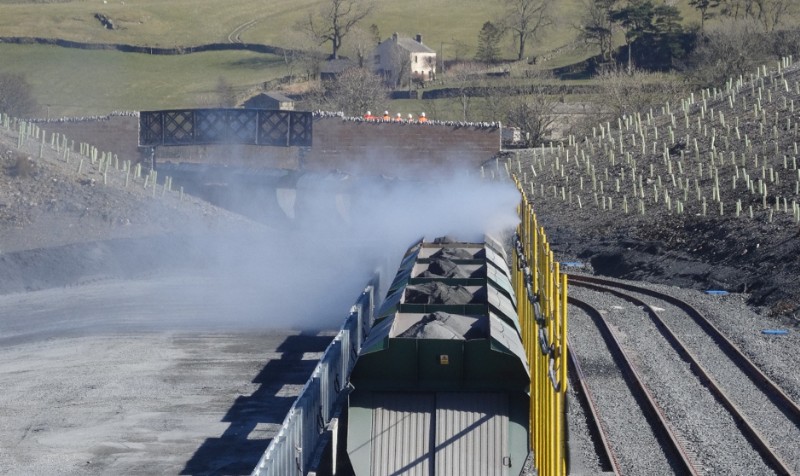 r the proposed railhead and design a suitable system.

Best-Chem’s design was for a misting system that would create a localised mist/fog cloud over the wagons as the material was being tipped in.

The system features a pump house and water tank located near the office building.  From the pump house, a high pressure water pump delivers water down a buried pressurised main to lines of misting nozzles located between sidings 1 and 2.  The misting lines are suspended between posts and mounted at two different heights.

The misting lines are divided into a series of zones.  Upon detection of an approaching shovel, the zone activates automatically and a mist is sprayed over the wagon whilst it is being loaded.

There are normally two loading shovels operating and the misting system will come on and off as required.

"We selected the Best-Chem dust suppression system because the company has demonstrable, practical experience in installing dust suppression systems in a variety of sensitive environments – including hard rock quarries.  The benefits of this system have been clearly demonstrated at our granite quarry at Mountsorrel in Leicestershire – the largest in Europe.

Our faith in the company the systems was fully justified and the work was carried out extremely smoothly and professionally.

The mist of water droplets effectively wets any airborne dust, so it falls to the ground close to where it is generated during the loading of the rail wagons.  This tailor made system is exactly what we need in this sensitive environment – where off site dust could create an adverse effect on both local amenity and biodiversity.” 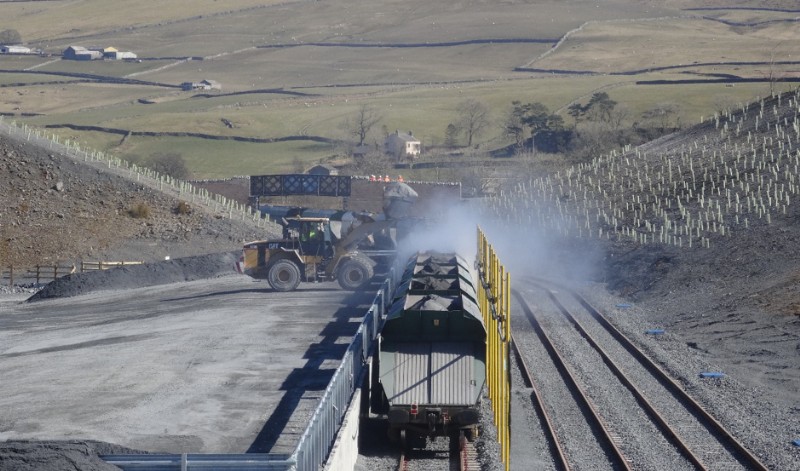